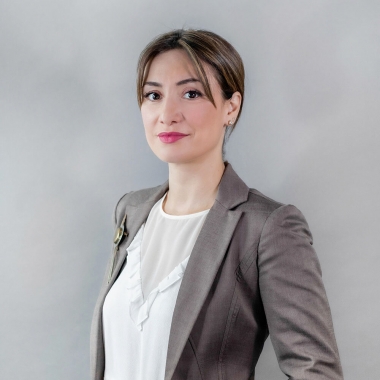 Tania Pirilidou is one of the Directors of Multilysis. She is also a Partner at N. Pirilides & Associates LLC, an affiliated law firm based in Limassol.

Tania generally handles matters relating to the management, administration, development and operational activities of the Firm. Her well-rounded nature as well as her spherical role in the Firm allows her to advise under Cyprus law on a broad range of matters. Together with enhanced skills on contract drafting and reviewing, Tania is equally experienced in the drafting of legal opinions as well as negotiations as part of the promotion of ADR, providing parties with most intelligent bespoke solutions.

Tania graduated in Law from the University of Kent in 2007 and attended the College of Law (Bloomsbury), where she was awarded a postgraduate diploma in Bar Vocational Studies and was called by Middle Temple to the Degree of the Utter Bar in October 2008. She is a registered Advocate of the Supreme Court of Cyprus and member of the Cyprus Bar Association. She is also a member of the Mediators of the Ministry of Justice in Cyprus.